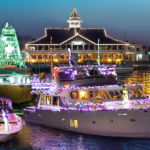 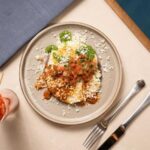 Seventeen Chicago area charities will benefit from more than $2 million expected to be raised by a black-tie gala held in conjunction with the 2022 Chicago Auto Show in February. Now in its 30th year, First Look for Charity is held the evening before the auto show opens to the public.

The coming “First Look” event, on Feb. 11, gives benefactors the chance to see hundreds of new vehicles on display amid an elegance not present when the masses converge on McCormick Place during the auto show’s 10-day consumer run, Feb. 12-21.

Benefactors in attendance also have the chance to win a 2022 Buick Enclave Avenir and a 2022 GMC Yukon Denali. Attendees at the charity gala will be treated to heavy hors d’oeuvres; champagne, wine, mixed drinks, beer and soft drinks; and special entertainment presented by the automakers in their displays.

First Look for Charity has become one of the special events on the winter schedules of Chicago socialites and car buffs.

“The Chicago Auto Show is uniformly regarded as the finest auto show in the country, but the charitable cause demonstrates that this auto show is about more than just vehicles and accessories,” said Bill Haggerty, chairman of the 2022 show. “It’s also about giving something to the charities of our community.”

The 17 organizations participating in this year’s First Look for Charity predominantly are children-oriented. Some operate on a global level; others, locally. The charities receive all of the proceeds from the event, and all those proceeds are used in their efforts in the Chicago area, Haggerty said.

Tickets to the event are $275 each and can be ordered by telephone at (630) 495-2282 or online at www.chicagoautoshow.com/ Benefactors should indicate which charity or charities they want their donation to benefit. Of each ticket, $223 is tax-deductible as a charitable expense.

Haggerty, the auto show chairman, said the Chicago Automobile Trade Association, which produces First Look for Charity and the Chicago Auto Show, selected the 17 organizations in recognition of their beneficial community efforts.

Tickets and additional information about First Look for Charity can be found at www.FirstLookforCharity.org.