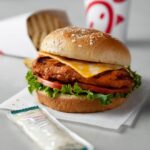 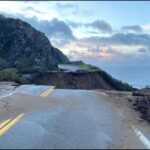 La Goulue Palm Beach announces Michelin-starred Pascal Sanchez as the French Bistro’s Executive Chef. La Goulue Palm Beach, opened in late 2020, is the first extension of its iconic sister restaurant in Manhattan, which has charmed New Yorkers for more than a quarter century. Located in the Palm Way Building, a landmarked building in Palm Beach, the restaurant sits on the corner of S. County Road and Royal Palm Way with a chic 1900s Parisian design that can accommodate 138 seats as well as 20 additional seats outside.

Sanchez is a Michelin-starred French chef whose skills in classic French cuisine have led him to work in highly awarded kitchens throughout France, the United Kingdom, Switzerland and the United States in Las Vegas and Florida where he currently resides. Sanchez most recently served as the Chef for the Disney Restaurant Group. Prior to his work with Disney Restaurant Group, Chef Pascal was the Chef & Owner of MIA in Montpellier, France, where he was awarded a Bib Gourmand by the Michelin Guide in 2013 and his restaurant was awarded one Michelin Star in 2015.

Pascal worked with legendary chef Pierre Gagnaire, in a variety of positions throughout Pierre Gagnaire’s Restaurant Group for 16 years. His last role with the group was as the Chef De Cuisine at TWIST BY PIERRE GAGNAIRE in Hotel Mandarin Oriental Las Vegas (awarded 5-Diamond Forbes Guide).

“I am honored to have the opportunity to share my love of French cuisine with the guests of La Goulue Palm Beach,” says Chef Pascal Sanchez. “This new menu showcases classic French bistro dishes, with new dishes inspired from my own culinary adventures throughout the years.”

These bistro classics will be featured alongside newly introduced dishes from Chef Pascal. His culinary inspirations are crave-worthy and sophisticated:

La Goulue is open for Dinner every day from 5PM – 11PM and Brunch Saturday – Sunday from 11AM – 3PM. For reservations please call (561) 284-6292 or book online via Open Table. For more information: https://www.lagouluepalmbeach.com or follow the restaurant on Instagram @lagoulue_palmbeach.